There’s been a lot of discussion, this year and in years past, about how the WHL seeds its teams for the playoffs. This year the debate was especially vigorous as the 6 East Division teams all had higher point totals than the #2 team in the Central Division. But because of the format, Saskatoon didn’t make the playoffs while Lethbridge and Red Deer did.

So let’s examine the current format and some other possibilities that you may consider more equitable. (You can click each bracket for a larger version.) We may not be able to solve the problem today but at least we can have some more information. 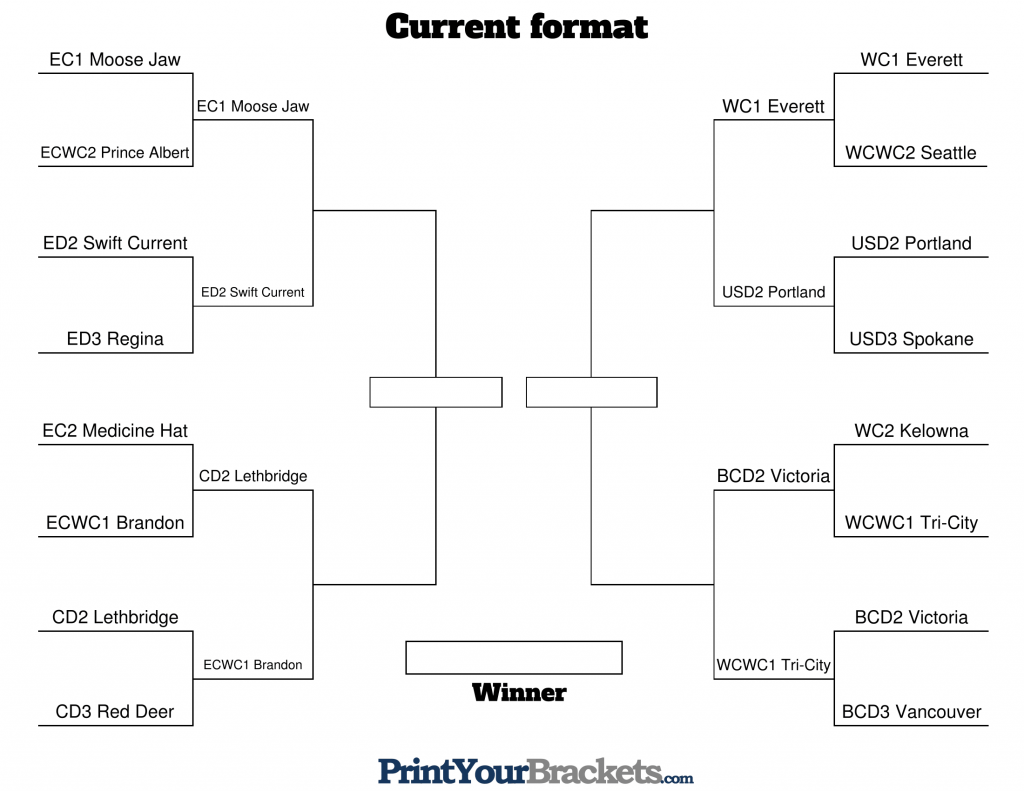 Next, a modified version of the current format. In this version, the remaining teams are re-seeded after round 1 based on regular season point totals. This is what we call a soft bracket. 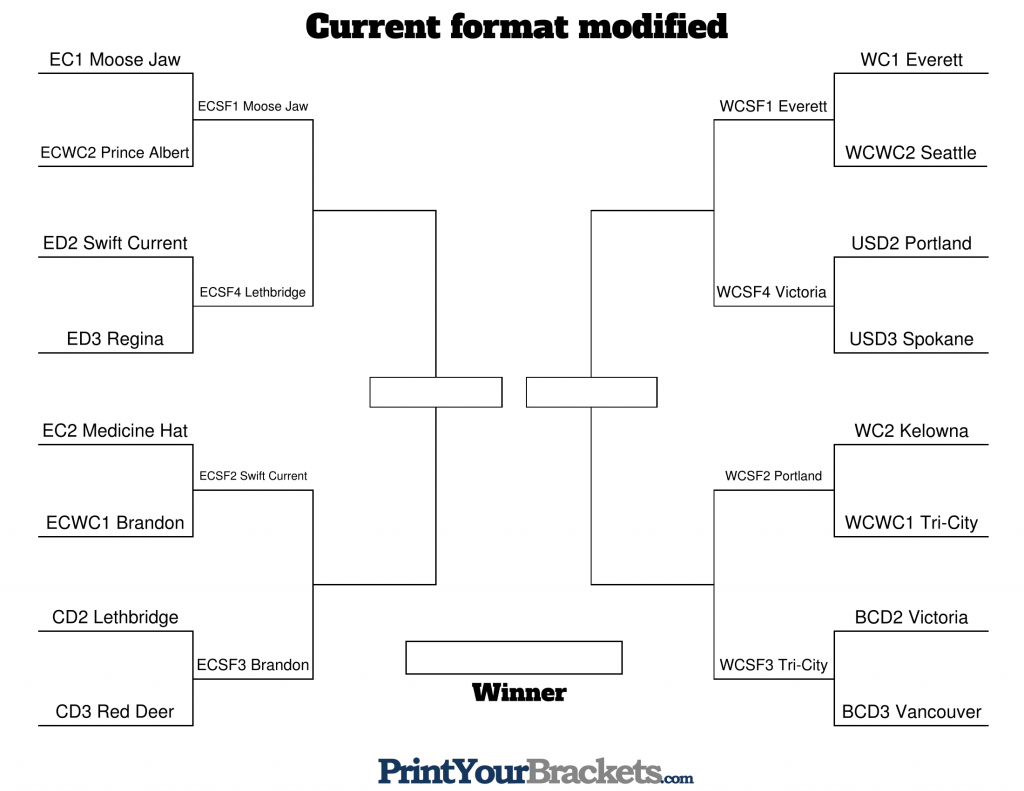 Now we have some formats using division standings. The first one takes the top 4 teams in each division and seeds them by point total. This is a hard bracket. 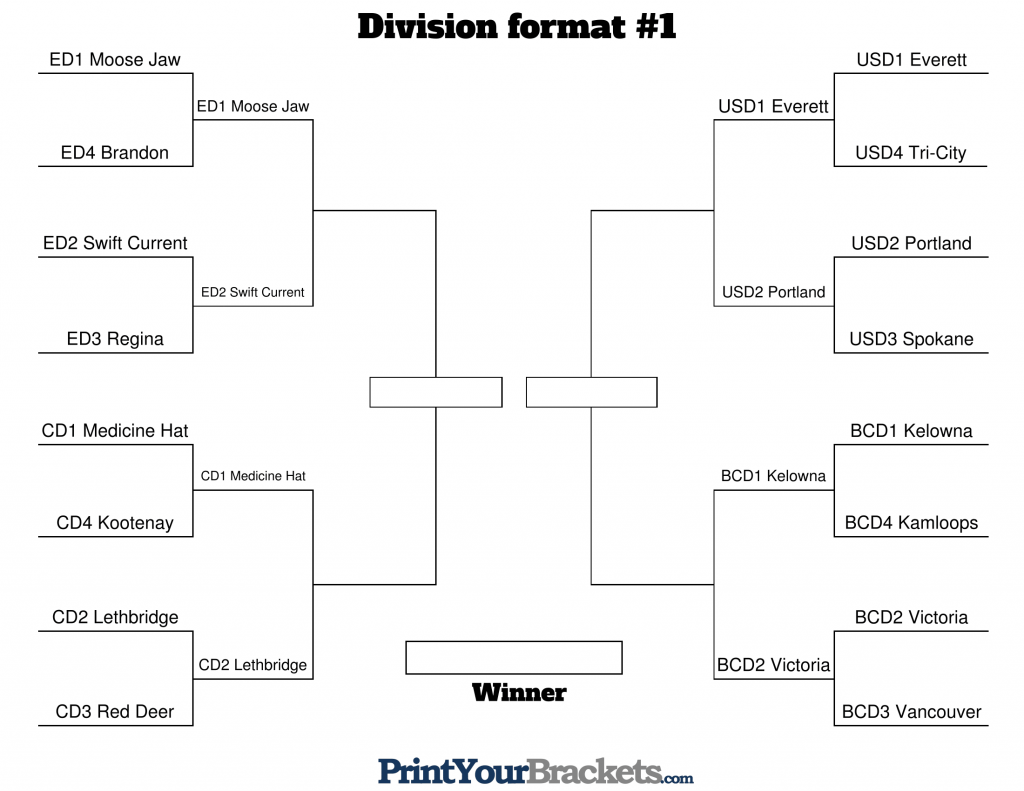 This is the same format as #1 except that the teams are then re-seeded based on point totals. A soft bracket.

This format still takes the top-4 teams in each division except if the 5th place of one division has more points than the 4th place team of the other division. This team would crossover and take the position of the 4th place team, regardless of the number of points. A hard bracket. 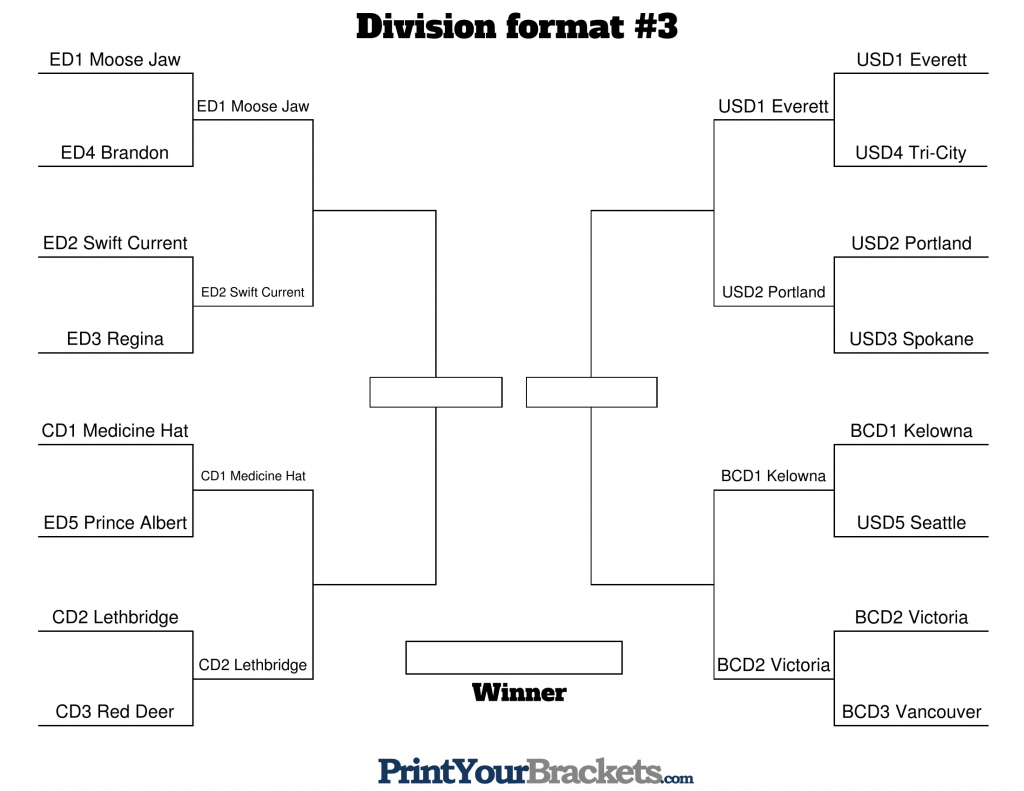 Same as #3 with the teams re-seeded after the first round based on point totals. A soft bracket. 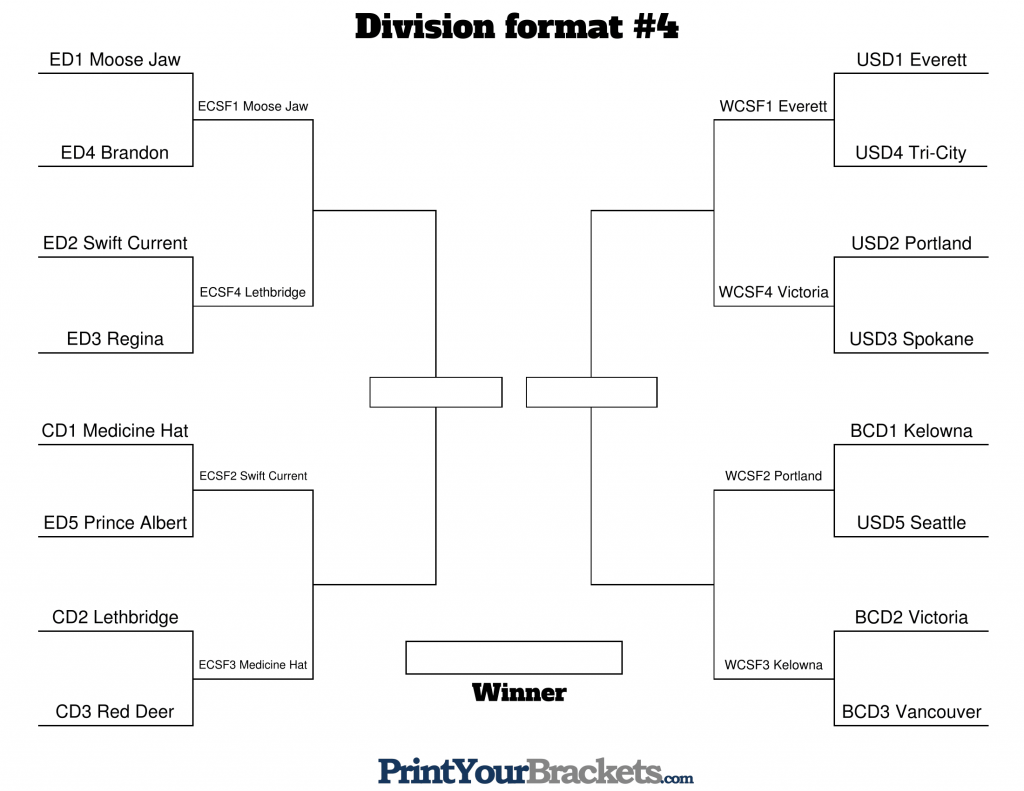 Now we move on to some Conference formats. The first one gives the top 2 seeds to the division winners then seeds the rest by point totals. A hard bracket. 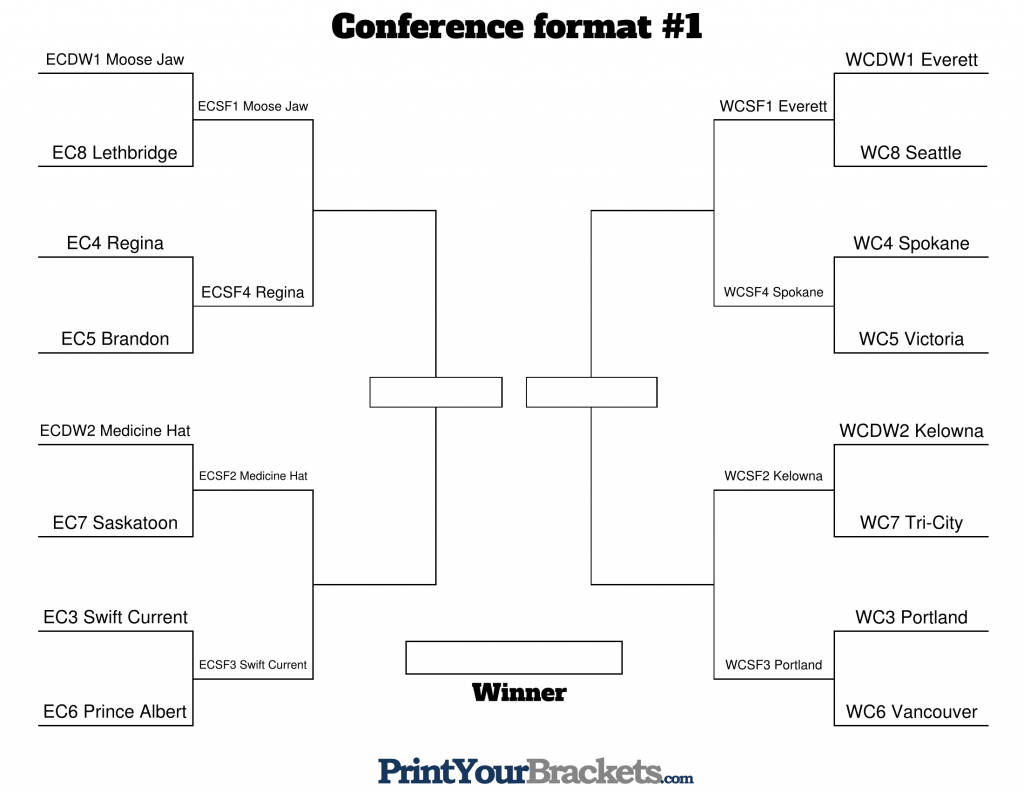 This bracket gives the top 2 seeds to the division winners but re-seeds after the first round based on point totals. A soft bracket. 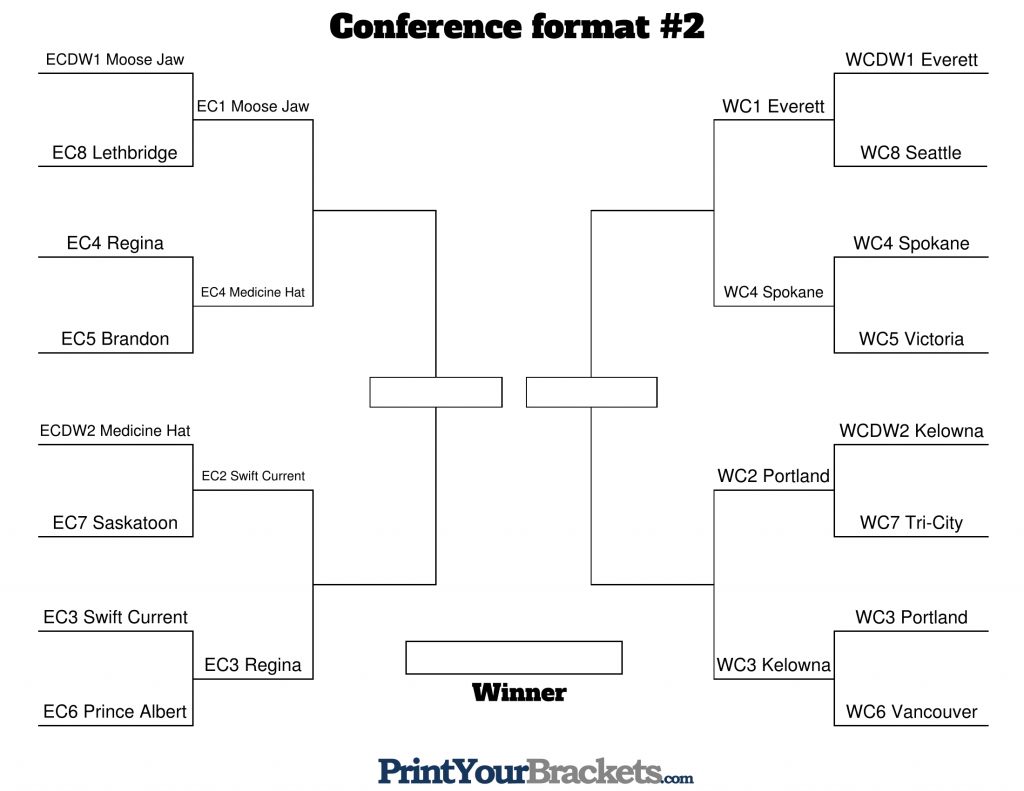 Finally, this conference format does not reward the division winner with a top-2 seed. All 8 teams are ranked by point total. A hard bracket. 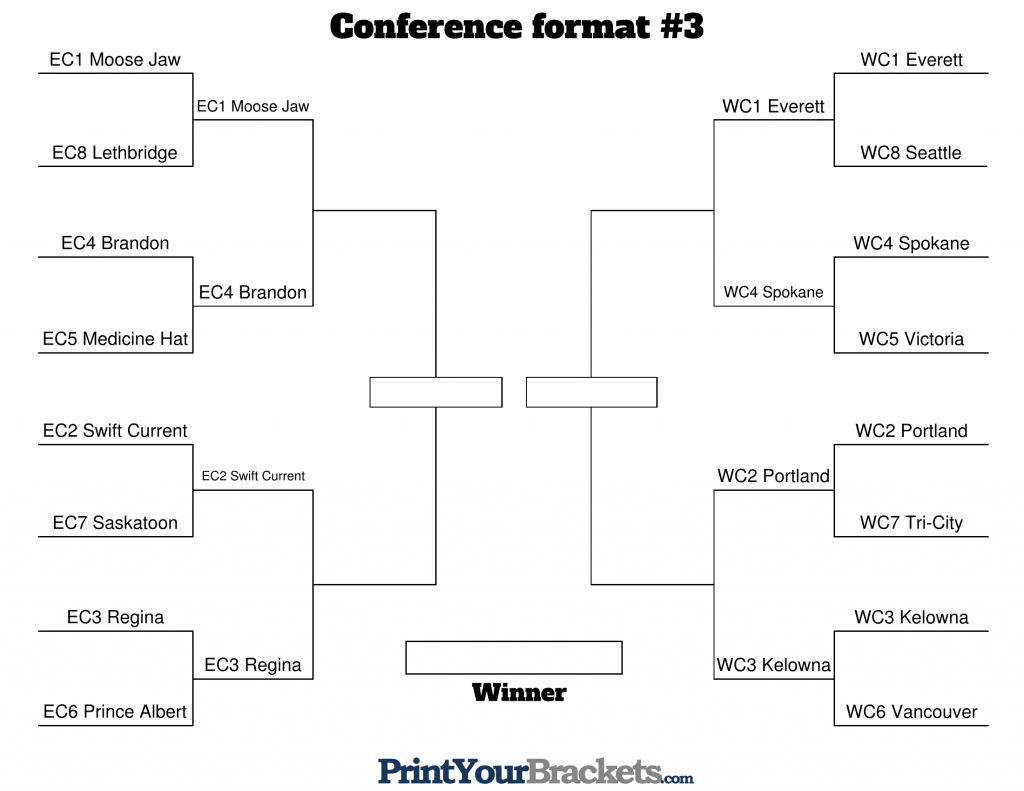 Here’s what a league-wide format would look like. This first one seeds the division winners 1-4 based on point totals and then seeds 5-16 by point totals, as well. A hard bracket. 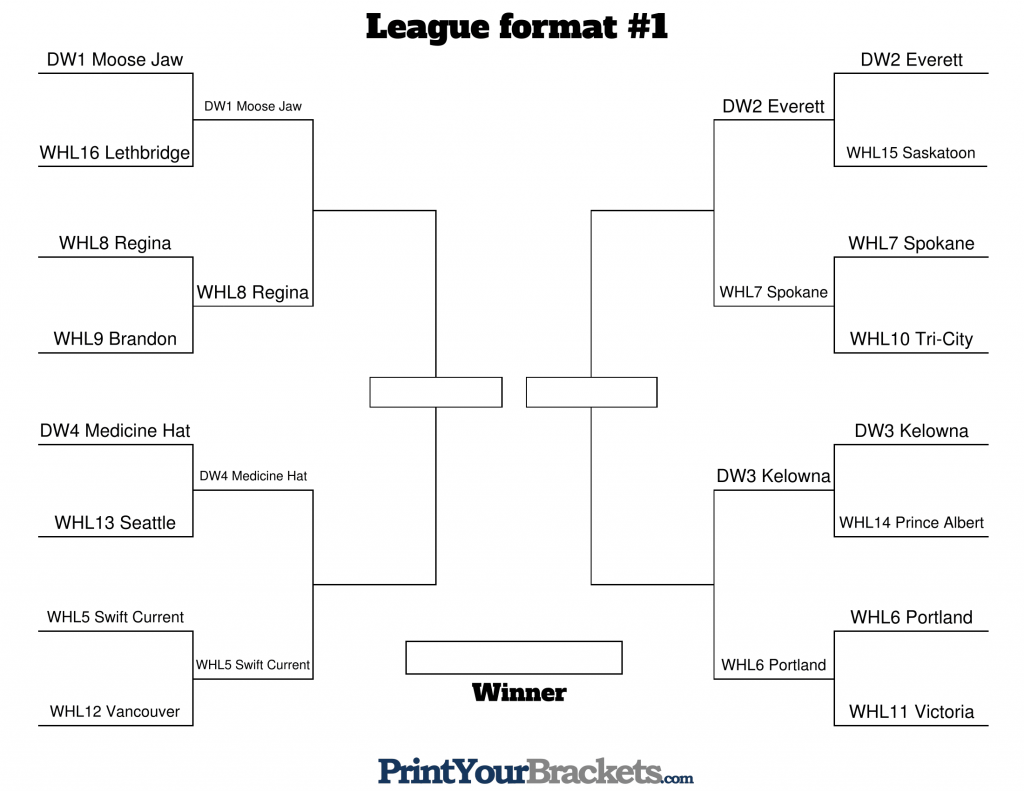 This is the same format as #1 but the teams are re-seeded after round 1 by point total. A soft bracket. 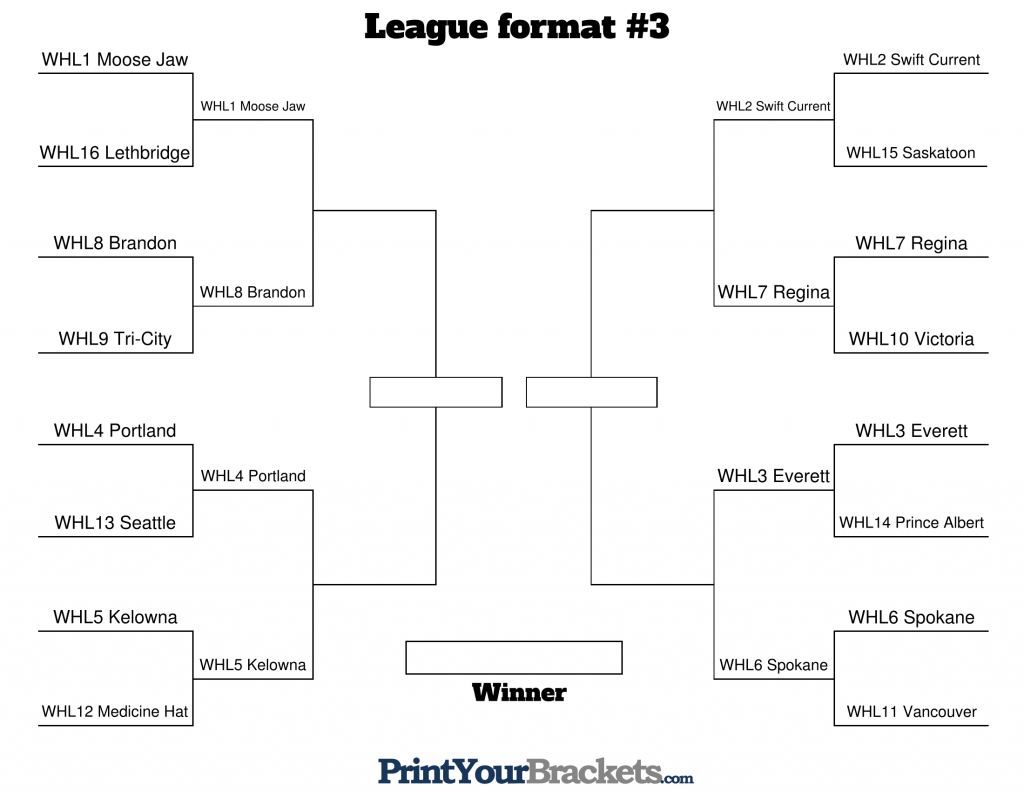 So now that you have seen all these possibilities, which one do you think is the best fit for the league?

(Special thanks to PrintYourBrackets.com for providing the graphics for this post.)

One Response to “Your best playoff seeding format”